In Bethlehem, somewhat off the path beaten by most tourists, lies the Church of the Nativity, so called for the tradition that it was here in the manger-cave below that Jesus was born. The tradition is quite old and led the emperor Constantine to erect a basilica here in the early 4th century. Crusaders rebuilt and restored the church in the 12th century. Remains from both these eras are clearly visible in the lower levels of the structure.

As for the interior of the main church, it is, unfortunately, undergoing extensive restorative work and is mostly shrouded in tarpaulins and cannot be seen. Nevertheless, the cave in which Jesus was supposedly born remains somewhat accessible beneath this ornate shrine. (One may peer through the hole on the floor of the shrine to see the cave.)

Very beautiful to look at and peaceful to walk through is the courtyard outside the church. Statues of Mary, the mother of Jesus, and of St. Jerome, the Christian cleric and scholar who supposedly lived in the nativity cave in the fourth century, decorate the enclosed retreat. 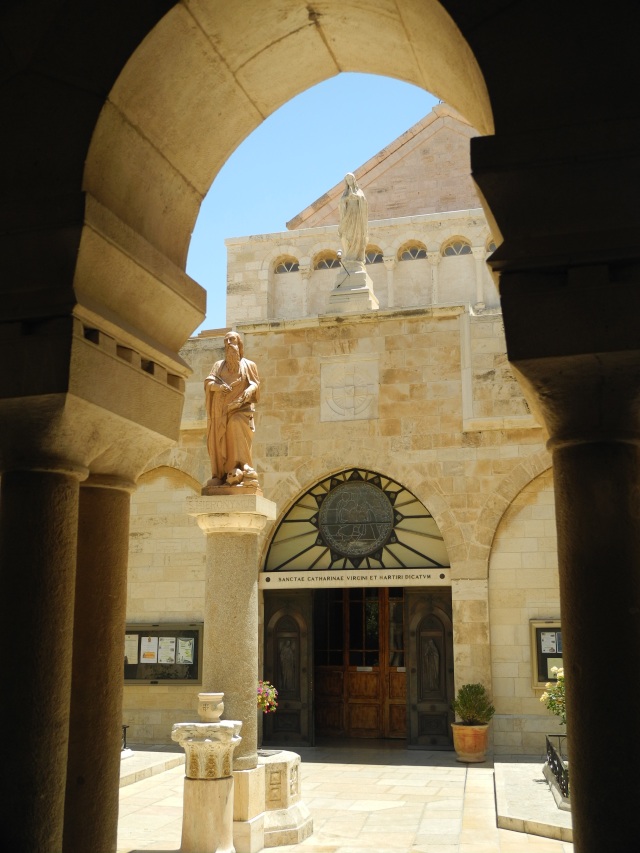 One thought on “The Church of the Nativity in Bethlehem”